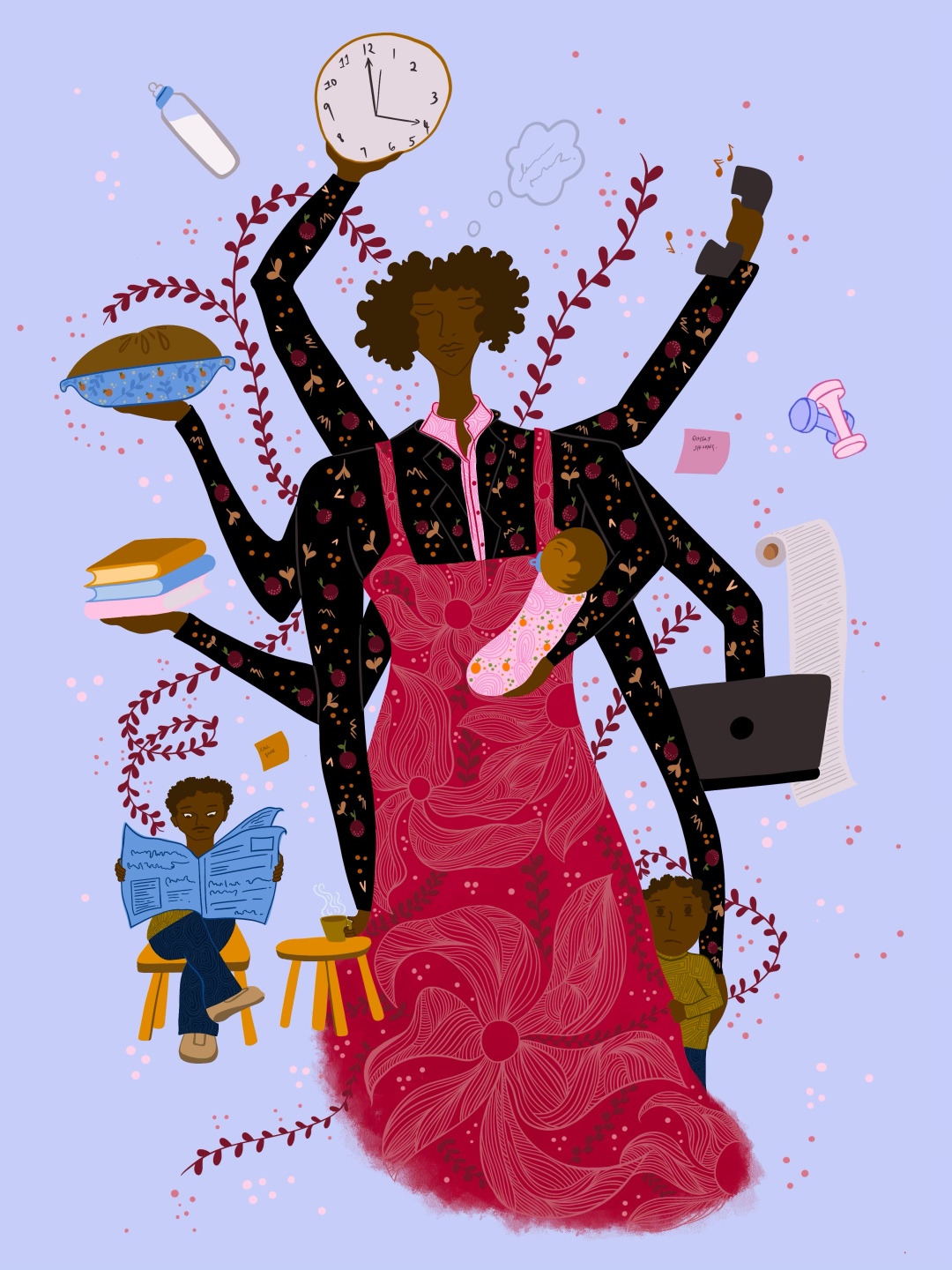 I asked 42 people the following question: “If you had to describe “The Perfect Wife,” using only 5 words, what words would you use?”

I posed this question because I was curious to see if this “new generation” had a different idea of a good wife is than the “older generation.” I also wanted to see if there would be a clear line in the sand between men and women. Now, I recognize that 42 people is not a large sample but I think I got some coverage. Here’s a quick breakdown of the respondents before we get into the results.

I wasn’t expecting to get things like “a good cook,” “a good mother,” or “submissive” with a 5 word limit — but I was prepared to. And I actually did get submissive twice but anyways. The graphic used for this post features some stereotypical things that the Senegalese society can expect from a wife (and eventual mother). Multi-tasking, keeping a home, taking care of the children, cooking, keeping her physique, all while the husband sits down with a good newspaper and waits to be served (no offense to the men reading this). It is a hyperbolized view but one that isn’t far-fetched in some homes, especially for that “older generation” I mentioned earlier. But I was pleasantly surprised that I didn’t get too many “typical answers” and instead, received some heartwarming responses that culminated into one conclusion: men and women alike (at least those who responded to my question) see “the perfect wife” as first and foremost, a human being, and as a partner in a relationship.

The single most common characteristic given on both sides was patient. I found this interesting because it spoke to the human-ness of people. It almost says “I know I am not perfect so I would like somebody by my side who understands that and is willing to work with me.” I gathered from further conversation with a few respondents that “the perfect wife” is a woman who will be a long-term companion and stay by their side. It was similar to the reasoning given for supportive, as they felt like they want a true partner-in-crime. That isn’t to say that wife won’t cook, clean, or keep a home. But that was not the image they have in mind when picturing a perfect wife and when given only 5 words, I was happy to see that they were used wisely. The gamut ran wide on the words respondents did choose to use. Religious/spiritual/pious came up more than once, as well as being trustworthy, compassionate, loyal, attentive, empathetic, generous, and responsible.

There were a few notable words that stood out to me:

One think I noticed on both sides was that it almost felt like I had given the respondents a word bank to pick from. A lot of the same words kept coming back up and it made me wonder if we’ve been conditioned to think “this is what a good person looks like” and thus, that’s what makes a good wife. Not that there’s anything wrong with that but I can’t help but think the list on both sides would look very similar if I asked for descriptors of “The Perfect Husband,” which has been requested by a few so possibly to come in a future post! Or maybe I’ll ask the 50+ generation and see how different those responses are!

Side note: With 5 words, it was hard to narrow it down! But I have full respect for the men and women who managed to sneak their physical and ahem financial requirements in there: gorgeous, can’t be taller than me, and beautiful, sexy, and my personal favorite, rich! They capitalized on the 5 word limit and I am here for it.

Let me close this piece out with something nearly all my respondents said to me: “the perfect wife doesn’t exist, Aida.” I was happy whenever someone said this — or they said 5 words wasn’t enough. The 5 word limit was practical but intentional. It forced the most important characteristics to the top and got to a very basic premise in partnership – that it’s all actually very simple. The things that are important are common in building any relationship. As I mentioned earlier, I could have asked any of the following questions and gotten a list similar to this one:

What I learned was that we have all these checklist items of things we are looking for in partnership and as human beings, we practically all want the same thing. If I had asked for a list of red flags or dealbreakers, maybe that would have explicitly yielded more varying results. But in this mini social experiment, I learned that I could theoretically hook up all the people on the single side and have a 95% success rate!

Thank you to my 42 participants for humoring me and for this very insightful experiment. I’d like to invite readers to draw their own conclusions and share them in the comments! What observations do you have based on the data (see below).

Finally, a lot of my respondents rightfully asked me for my 5 characteristics. They are included in the data set and are as follows: Loving, Confident, Ambitious, Family-Oriented, and Loyal.

See below for a visual of the experiment results

The Perfect Wife in 5 Words.xlsx

2 thoughts on “The Perfect Wife”