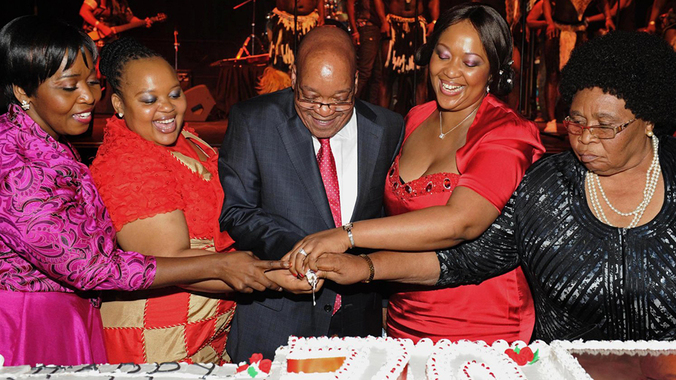 My one-time rant on polygyny

Whenever I tell people I host a blog about Senegalese women empowerment, or that I call myself a feminist, one of the first follow-up questions I get is “So what’s your take on polygamy?” I always smirk and give a quick answer about how “It’s a choice.” I don’t always delve deep into the topic because there’s this stigma on feminists in Senegalese society that they’re man-hating, angry, rude, and ugly beings. It’s just not a good look. And that’s not why I avoid the conversation; I just know it’s going to be a long one and I’m usually not mentally prepared to have it.

But today, I decided to get this one-time rant out on my feelings about polygamy. I’ll start with the definition. Polygamy is “the practice or custom of having more than one wife or husband at the same time.” In Senegalese society, more specifically in Islam, a woman is not allowed to have multiple husbands so it’s not even a topic of conversation. Polygyny is the term used for when a man is married to more than one woman at a time. So today, we will talk about polygyny.

Here’s what I think: it really is a choice.

That is to say, I believe being involved with multiple people, whether it’s polygamy, polygyny, polyamory, polyandry – whatever poly it is – is a matter of having all the right information and making a decision based on that information.

What I believe is that people have emotions, rights, and desires. When those boundaries are stepped on, it takes away from the agency people have. It’s unfair to make a choice for someone. It’s not right to say, “you must live a polygynist marriage because xyz.” This often happens in Senegalese culture because women are told things like:

Statements like these make it really hard to see any positive aspect of polygyny. I won’t be talking about those positive aspects because quite frankly, I struggle to see any in today’s world. I’ll stick to breaking down the statements I mentioned above. They’re dismissive, insulting, inconsiderate, and triggering. When we say things like this, it ignores any emotion, past trauma, mental health, or rights of the woman. It’s neglectful and truly disempowers the woman, who very well should have the right to say, “that is not what I want.” That right cannot be taken away from her.

I don’t have a problem with polygyny itself. I have a problem with how it’s too often executed in Senegalese society. I asked a friend that I admire – her way of thinking is always so mature and balanced, hey Arame 🙂 – and here is her mantra: Choice. Truth. Respect. I thought this was so eloquent and in perfect alignment with how I feel about it. Let’s get into each item.

I’ve already talked about this and what I will add is that this choice is profound. That is one of the most rewarding attributes of being a human being and it’s what gives us a reason to live. Being able to feel like we have a say in the life we live. If you are simply a consumer of the circumstances around you, you are not living life and unfortunately, many women are left to be consumers of the polygynist lifestyles their husbands live. They have no say (or at least they’re made to feel that way and they fulfill that prophecy).

This is a big one. Being honest in initial conversations about what each party wants, can handle, and aligning on that, is crucial to preventing future disappointment. It’s when one or both parties keep information from one another that deceit seeps in, betrayal becomes a companion in your union, and you lose quite possibly the most important foundation of any sustainable relationship. It’s 100% important to be honest about:

It’s not easy being honest about hard topics but it’s a requirement. You cannot wait until the moment you decide you want a second wife to tell your wife you want a second one. You cannot get another wife first and then tell your first (or second, or third, or fourth). You cannot wait until the moment your husband informs you that he wants a second wife that you disagree. Have proactive conversations and early! That’s part of putting in the work required to make a relationship…well, work.

I mean, does this need elaboration? All I will say here is that if you love a person, you will respect their feelings, their reactions to your actions and decisions, and their wellbeing – and beyond respecting these things, you will take it into consideration when making decisions. You will not want to see them hurt or in pain. I understand I am speaking from a place where I am assuming people marry for love. I also understand that not everyone marries for love but love is not a prerequisite for respect.

It’s not rocket science that polygyny is not for everyone. When people ask me my opinion on the topic, I recognize that it’s not a “why do you disagree with it” discussion. It’s more of just understanding my take and it took me some time to formulate but I finally got there. It’s just a matter of having a say in the matter (choice), being up front about feelings, capacity, and boundaries (truth), and being decent human beings to one another (respect).

To wrap up, I want to briefly touch on other aspects that I don’t hear being brought up in these discussions. Things like (•) STD testing in polygynist situations, (•) how the children will be raised when the father may be absent for certain aspects of his kids’ lives – or even prolonged periods of time when the father is not in the same location as his family (we see this a lot in immigrant husbands who have multiple households). (•) treating all wives “fairly” whatever that means, and (•) writing clear wills or fostering healthy environments so when the husband passes, his families are not left quarreling over his inheritance. That one is assuming there will even be an inheritance. Too often we see men who cannot financially handle multiple wives and families and end up creating disastrous consequences. Everything I stated above points back to one thing in my head: polygyny is about more than just being married to multiple woman and trying to satisfy carnal desires. It’s a complex, multi-layered system that warrants a lot of consideration from all parties involved before committing to it.

Personally, I do not want to be in a polygynist marriage. I would not like to be involved in a love, financial, and/or spiritual triangle, no thank you! I would be elated to hear from my readers, whether you agree or disagree. As always, let me know your thoughts and experiences with this topic. Feel free to reach out on Instagram on @elleparleenfin or my personal page @aida.guisse__