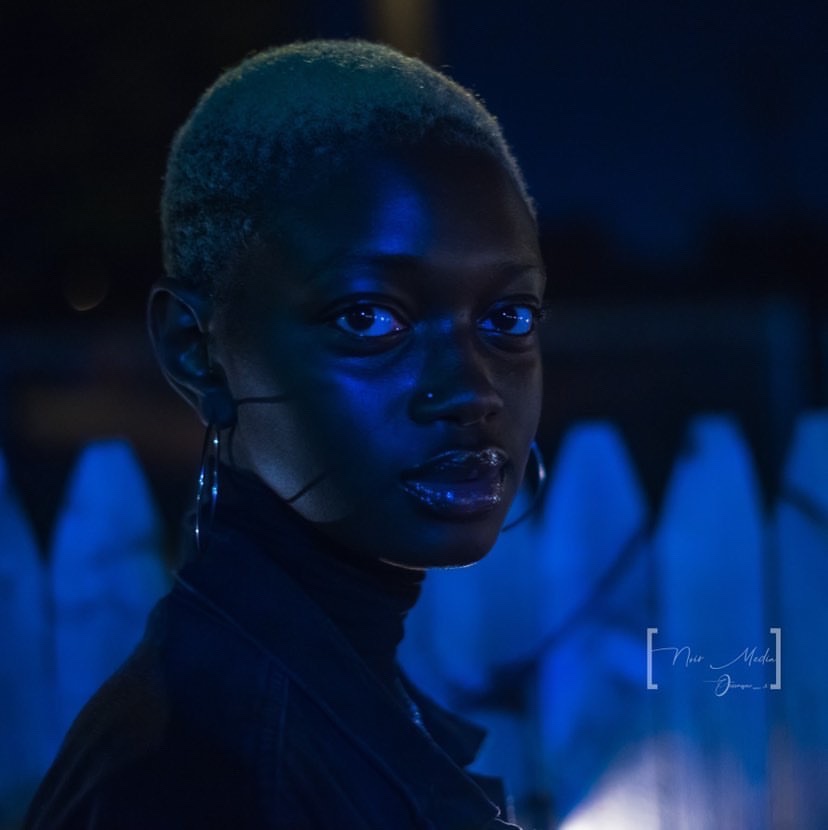 I remember in college I had a term-paper that I procrastinated on for weeks and weeks. The day before it was due, I started it… I know, bad decision-making. I knew what the topic would be and I met every deadline prior to the due date: topic submission, argument and main points, and even my sources to be used. I just didn’t do the actual essay until the night before and I ended up spilling out my passion about female genital mutilation (FGM). It’s a daunting topic and I was filled with rage when I read through my sources and did online research – the more I learned, the more upset I became. It’s a topic near and dear to me, even though I never experienced it or came face-to-face with it. To accompany my research and opinions, I wanted to interview someone who was a little more familiar with it. Keep on reading to hear about Bintou and her experience with FGM.

**Hey girl! Can you give us a little intro… who is Bintou?**

I am recently married, living in Cincinnati, OH. My dad is from Mali and my mom is from Ivory Coast. I was born in the Bronx, NY, raised in Cincinnati. I’ve been to Mali once in 2014 (I’ll talk a little bit more about that experience later on). I am the oldest of 7, with another on the way (welcome to African households haha). Currently, I am going to school for International Relations and running own lip care brand.

A little bit about my family’s background, specifically my mom. She was the youngest and none of the girls in her family went to school because they were told being educated is not good. When she could actually go to school, she was 11 in the midst of a lot of little kids so she just stopped going. That kind of dynamic, not just restricted to my mother but Africans overall, contributes to a lot of the beliefs they grow up with.

**What was your first introduction to FGM?**

The topic first came in 2014 when I went to Mali with my mom. One of oldest cousins asked my mom if she had circumcised her girls. She tried to convince her that she could do it but my mom refused (logical reasons as we were too old, check ups with doctors when we’re back in the US, etc.). This made me upset because I was 15 – imagine someone cutting your clitoris off at 15! The sad thing is a lot my fiends that grew up in Africa underwent this procedure and they tell me about how terrible it is and it was against their will. It was nothing new to me but I put it in the back of my mind. It’s just a reality – like my friends tell me about their experiences and how they can’t feel pleasure during intercourse.

**What do you think some of the negative impacts of this practice are?**

This practice is generally against your will (violation of human rights). There is psychological trauma associated; a friend of mine was cut at age 10 even though she was born here and when she came back from Mali, it just impacted her negatively, she was having trouble using the bathroom and other hygienic issues. Overall, the consequences of FGM are life-long and far-reaching. It’s a practice imposed on young girls and the decision of someone else is what they have to live with for the rest of their lives.

**What can we do to educate folks and eradicate this transition?**

A lot of the women back home are not properly educated – they’re not going out to look for their own information – even religion, they were just taught and it usually came from men – the narrative is like &quot;you do this or you go to hell.&quot; – they don’t know their rights or their worth. There is a lack of education.

FGM is a practice that’s still very prevalent back home. There are groups trying to eradicate, mainly feminists and non-profit organizations fighting for regulations around it are making it stricter – but it’s definitely still happening in the villages – women in villages only really go to hospital during childbirth so it’s hard to know what they’re up to.

I think the First Ladies of our countries should take a stance as women are primarily the victims. The problem is that the policies are not there for the people, they only serve the interest of the people in positions of power. In my opinion, one way to reach people could be through commercials; they are a good way to get information to people. What’s needed is education and awareness. This might seem trivial but Whatsapp is huge and a great tool we could leverage. A lot of our African parents use this application and the same way people stopped using Maggi/Jumbo spices due to alerts and warnings, we can do the same for FGM.

I want to thank Bintou for her time and for sharing her experience with us! FGM is not an easy subject to talk about and there’s always another story to be heard, unfortunately. Below, are the stories of women fighting against FGM as well as some facts about FGM. Happy Reading!

Mariama is a community social worker and activist. She comes from a family of circumcisers, and is a victim of FGM herself. She has decided to not cut her daughters and is convincing others in her community to do the same. FGM is banned in Senegal but is still practiced in Senegal, particularly in the South (Up to 85 percent of women and girls have undergone FGM).

Purity was set to be circumcised at the age of 10/11, a decision made by her father. She was also set to become a fifth wive to a 70 year old man. After informing her teacher, who informed the policy, Purity was taken away just hours before her ceremony. She was the first girl in her village to say no to this dangerous practice. During her 8 year stay at a rescue center in Narok Town, Kenya, her mother suffered abuse at the hands of her father, who blamed her for the escape of their daughter. She has since set up a foundation called Silan, aimed at educating young girls, and boys, about the dangers of FGM and empowering everyone to say “NO!” Purity says that women “do not have to beg for women’s rights. Being women, we deserve this right. It’s ours.”

Renowned activist, UN Women Ambassador for Africa, a mother and a survivor of FGM. Jaha traveled to NYC at the age of 15 to marry a man she had never met before. She went through Type 3 FGM (see the types in the facts section). Jaha has had a long journey of speaking out against FGM, taking a stance to not cut her daughters, and even contributing to the legislation passed by her birth country to ban FGM practices.

“After the December rains on even numbered years, traditional leaders and village elders gather to consult traditional circumcisers called Ngaribas and their gods on the best date to do the cuts.” At the tender age of 17, Elizabeth takes extra classes and serves as the Head Girl at the safe house in Serengeti, Tanzania, where she fled to escape FGM. She wishes to become a lawyer one day so she can speak on behalf of all victims of FGM and prevent new cases. She recognizes the immense strength and bravery it takes to “leave your entire world behind” and that is what fuels her every day to make a difference in the lives of young girls just like her.

The type of procedure performed also varies, mainly with ethnicity. Current estimates (from surveys of women older than 15 years old) indicate that around 90% of female genital mutilation cases include either

No health benefits, only harm!!!

It involves removing and damaging healthy and normal female genital tissue, and interferes with the natural functions of girls’ and women’s bodies.

Immediate complications can include:

Long-term consequences can include:

The reasons why female genital mutilations are performed vary from one region to another as well as over time, and include a mix of sociocultural factors within families and communities. The most commonly cited reasons are: